As The Origin Stone’s release day draws ever closer, I wanted to invite you all to ask questions that I can answer in a Q&A video on publication day – March 31st.

I’m running it alongside giveaways for the paperback on both Facebook and Twitter, which are open internationally. Check out my pinned posts on each platform for the full rules (they’re simple).

I am treating them as two separate competitions, so if you’re on both platforms, technically you can enter twice. If the same person initially wins on both, then I’ll draw another name so that there’s still two winners.

Also, if you don’t want to be in the giveaway but do want to ask a question, feel free to do so here. 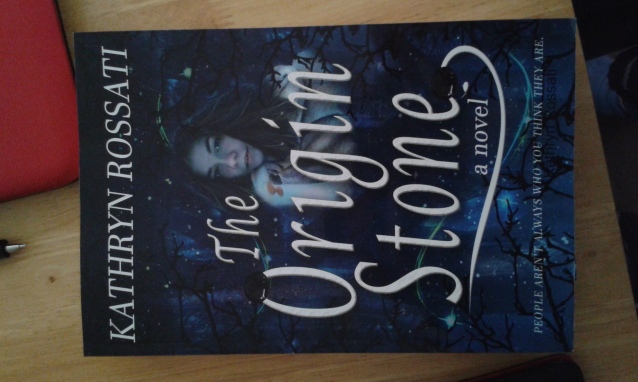 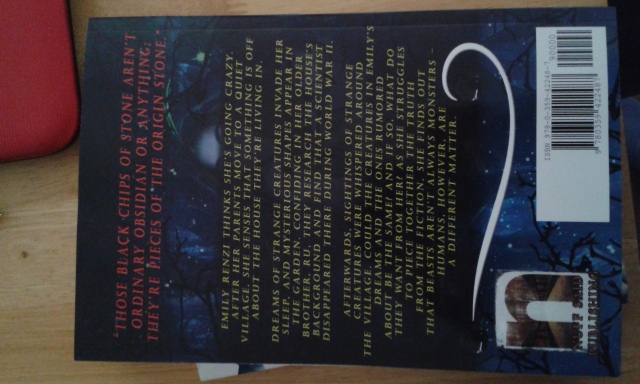 The Waterfall Traveler is a young adult fantasy novel that I picked up last year after seeing the author do a cover reveal on the Books Go Social Facebook page. It looked stunning, so I kept my eye on it and ordered the paperback when it was finally released. Still, due to my enormous TBR pile, it’s taken me this long to get to it. But honestly, it was worth the wait.

The story focuses on Ri, a teenage girl who has been raised in a small village on an island cut off from the mainland. Samuel, the man who raised her, found her when she was just a child on his travels, so both of them are outsiders to the village, even though they’ve lived there for years. To make matters worse, Samuel has the Sickness (which initially seems like a form of dementia) and often goes wandering off on his own. After one of these episodes, he wanders into the forest surrounding the village. When Ri finally finds him, he tells her about a boy who travels back and forth through the waterfall. She dismisses it as one of his fantasies and sends him home while she stays to try and gather some food. However, it’s not food she finds. In the dark part of the forest, she discovers a human skull covered in slime. Before she can analyse it properly, a man steps forward and goads her, with the intent of taking the fish she’s caught. Ri doesn’t give in, but a strange noise sounds around them and he tells her to flee. She does, but injures herself and collapses by the river.

Sometime later, she awakens to see a boy around her age attempting to treat her wounds. Initially, she tries to ward him off, panicking about how long she’s been unconscious due to her need to look after Samuel, but she relaxes enough for him to patch her up. Yet the danger she faced is still lurking, and they both find themselves under attack by an unseen foe. Ri is shot with a poisonous dart, so with no other choice, the boy gathers her up and takes her through the waterfall to his home on the other side.

Three days pass before Ri finally wakes up, but the boy — Bryce — tells her truthfully that he cannot simply take her back because the gateways between waterfalls change with the moon, and so the path to her island is cut off for another month. In a panic, she attempts to escape the cave Bryce lives in, only to discover the smooth-talking Carter coming to pay his best friend a visit, and to arrange the delivery of herbs Bryce gathered in the forest to certain city guards. Giving in, Bryce agrees to let her accompany them up into the streets of the city, where she discovers the huge divide between the rich and the poor, as well as the devastating news that Samuel is a wanted man there, accused of a crime she cannot bring herself to believe him capable of. And then there is the news of the Culling, a faceless danger attacking the city.

I won’t lie about this book – at first, I thought I wasn’t going to like it because I found Ri irritating and far too impulsive to be practical. However, she grew on me quickly, especially when it came to interacting with the other main characters. The book is all from her point of view, so it was interesting to be privy to the private thoughts she had about everyone. All the characters in this book are strong, with concerns so specific to them that their actions felt completely justified, even if Ri didn’t agree. Most of the hints weaved throughout the story about what was really going on linked together solidly in the conclusion, though as The Waterfall Traveler is the first book in a series, some were left open. The plot itself was well thought out, and the world building was so rich I felt like I could stroll inside the pages. Though perhaps not at one of the more perilous parts.

Another thing to note about this book is that it’s an indie, but it truly reads every bit (if not better, in some cases) as books by bigger publishers. So, if you’re unsure about reading a book that’s been self-published, I’m inclined to say give it go. I’d happily press The Waterfall Traveler into everybody’s hands if I could, and I know from experience that it’s not the only book that deserves more press than it’s had so far.

If I had to describe it in a word: enchanting.

Protagonist Bound is a book I picked up on a whim – it looked like a book that played with fairytales and stereotypes, which are two things right up my alley. And it did not disappoint (despite it taking me some time to actually get to it, thanks to my enormous TBR).

The story takes place in a land called Book (yes, you read that right) where a mysterious entity known as the Author sends out a book with a single name on the cover, and whoever the name belongs to will be a future protagonist. They have no choice in this matter. Female protagonists, including princesses, are sent to one school to learn about being good damsels in distress and such like (they have a lesson on how not to crease their gowns while fainting), while male protagonists, including princes, are sent to another, where they learn how to be swashbuckling heroes.

Crisa, the slightly wayward daughter of Cinderella, isn’t a fan of learning such lame things at school, and finds the fact that she is supposed to be a graceful, well-spoken damsel in distress unfair to say the least. When she gets her ‘prologue prophecy’ – a further note in her protagonist book that decrees she will marry a prince she truly despises and that will be her protagonist role – she refuses to believe she has no way out of it. In fact, she decides that the only thing to be done is to find the Author and confront them. Her friends – Blue, Red Riding Hood’s younger sister, SJ, Snow White’s daughter, Jason, brother of beanstalk lover Jack, and the quiet, irritating new-boy-at-school Daniel – all agree to her plan and go with her. But finding the Author is no easy task, especially with less than helpful fairy godmothers on their back, not to mention most of the Kingdom’s antagonists.

What I truly loved about this book (and books two and three, which I had to read immediately after) is how well the fairytale elements are woven together to make not only a strong, in-depth word, but also great characters that you want to succeed. And they are all so different personality wise that it really is like reading about a real group of friends – with all the ups and downs of their relationships on top of being nearly killed by equally intriguing foes. Everything about this series is well thought out, the writing itself is excellent and it’s great to see all these strong, butt-kicking characters shake away the stereotypes of what it means to be a princess or prince, and what a hero truly is.

This is the kind of book that after reading, makes me want to shove it into everyone’s hands. I won’t, because not everyone likes fairytales or YA books, but that doesn’t stop me from being very tempted.

So there you have it!

A little light. A little dark. A lot weird.