a cocktail of pollen and seaweed

churning with the waves.

changing direction with speed and accuracy

I have an inkling

of who these daredevils are,

with their scythe-shaped wings and forked tails,

yet it takes a second sighting,

snatching up as many details as I can

in the split second

it takes for them to pass by,

Swift in nature, not just name;

lives lived on the wing.

Eating, sleeping: all of it

performed while facing the wind.

Yet there is one thing

and it is this

which called them from Africa

back to our blustery shores:

or returning to spaces

Then, time for building and spring cleaning;

no preparation too much

to make their first journey.

off they’ll go days after fledging,

enjoying the company of peers.

south of the Sahara, chasing rains

on which to grow strong.

[Swifts are at risk of losing valuable nesting sites due to refurbishments and modern building techniques. To help them, special nesting boxes can be placed up high – somewhere accessible from the wing, so not anywhere low to the ground. These nest boxes can be found on the RSPB website linked below]

This poem is part of a project I’m doing to raise money for the RSPB, a UK wildlife conservation and protection charity. Being autistic, nature is often my only place of solace, and I want to do all I can to protect it. As I’m not very comfortable around other people, most of the standard ways of helping out (volunteering, social fundraisers etc) were not a good fit for me, so I came up with #52weeksofnaturepoetry, where I have to post a nature poem here on this blog each week for an entire year without fail.

If you’d like to help, please share this poem to encourage others to take joy in nature, and if you have the time and means to donate, you can do so here. Let’s help keep our wildlife wild!

(You can also become a member of the RSPB and support them month to month. Members receive Nature’s Home magazine and seasonal guides for what to look out for when out and about. Details are on their website.)

Hi everyone, I had some trouble with the internet yesterday, so I couldn’t announce the fact that my short story collection, When The Bard Came Visiting, is now available.

I’m really happy to share these stories with everyone at last (some of them appeared right here on this blog in draft form some years ago), as they cover a range of themes and genres, from contemporary to sci-fi and pretty much everything in-between. There’s even a sour-mouthed fairy.

It’s available in ebook, paperback and large print paperback, and the audiobook should be out later this year.

Please check it out here.

Hi everyone, I just thought I’d let you now that the science fiction anthology I’m part of is now out.

Here’s a link to the ebook, and the paperback should be available by the end of the week.

I’m very excited to be a part of this, and look forward to reading the other stories in it myself.

I don’t think I mentioned this in any previous blogs, but one of my short stories was selected by Elephant’s Bookshelf Press to be in their upcoming ‘Flight’ anthology, which will feature a multitude of authors from various parts of the globe.

Elephant’s Bookshelf Press has been publishing great books and anthologies since 2012, and I believe Flight will be its fourteenth book (or thereabouts – don’t quote me on that). They’re a small but enthusiastic team that love getting new and established authors onboard, and from my personal experience, they’re a joy to work with.

Flight is currently scheduled for release in mid-November, and I’m very happy to be able to share its fantastic cover with you: 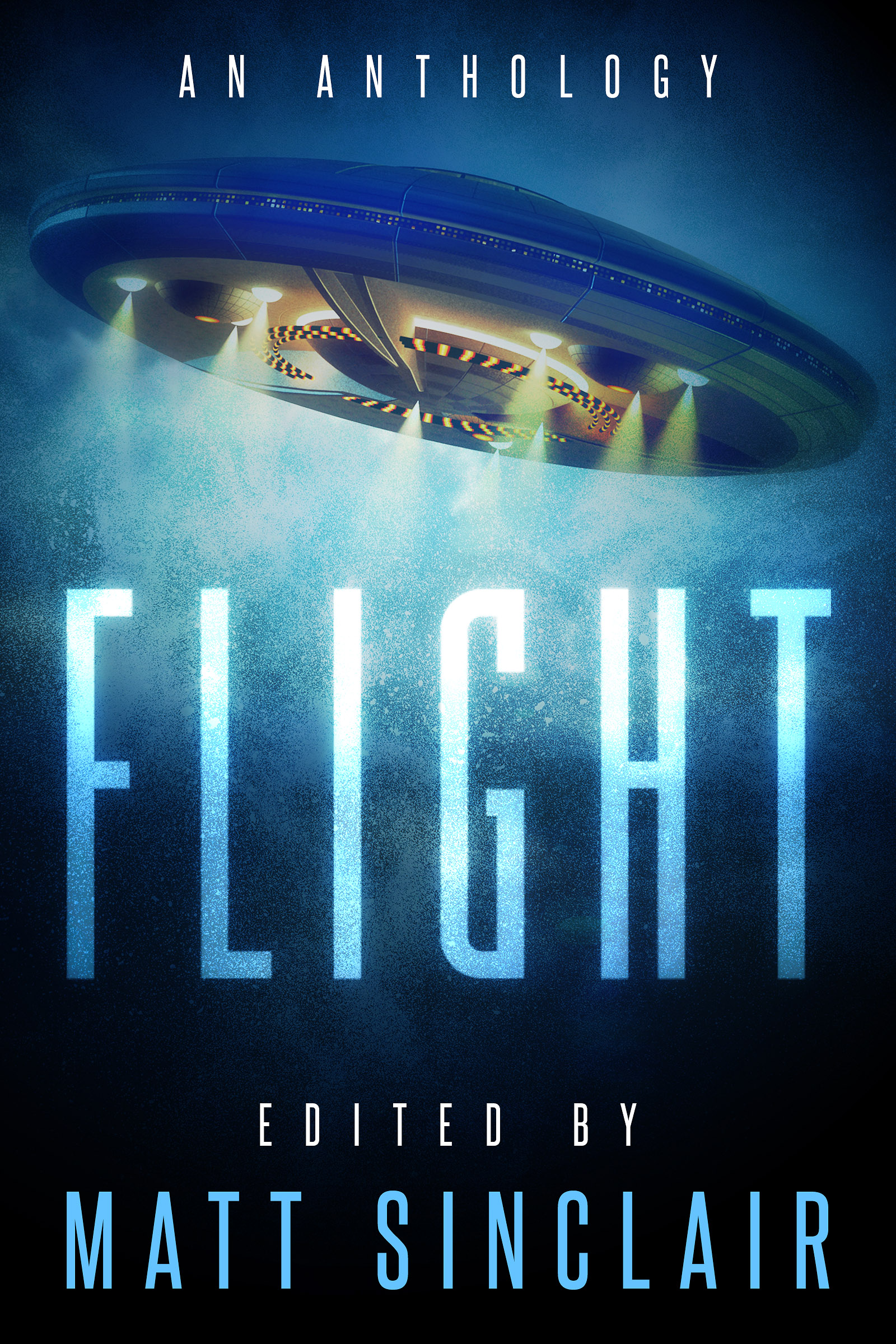 Look out for updates, as I’ll be posting order links as soon as they’re ready!

A Book for Pandora has been a while in the making, so I’m delighted to finally be able to share it with you.

Those of you who have been following me since the beginning may recognise many of the poems in this collection, as most of them originated as drafts on this very blog. Of course, they have since been tweaked and fine tuned over the years until I was happy with them – which, being of the perfectionist type, was quite hard for me to do – and have now been neatly ordered and presented in one solid tome.

So, without further ado, here it is in paperback and on Kindle. 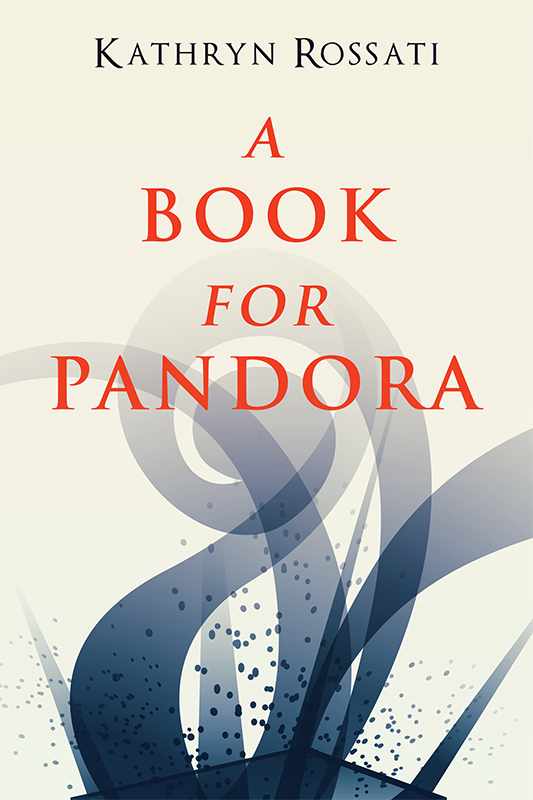 Hello everyone, it’s been a while in the works, but I’m finally able to show you the final cover design for my first poetry collection. Here it is:

Many of the poems in this collection originated as drafts right here on this blog, so if you like the style of my works here, I’m sure you’ll enjoy this collection. I’m incredibly proud of it and how it’s come together, and I hope it’ll be just one of many collections yet to come.

The release is early next week, and I’ll provide links for where to buy it up on my home page nearer the time.

Here’s the blurb, and thank you to all of you lovely readers for always checking out my work:

The poems in this rich and imaginative debut collection speak of people, of life, loss and love. They weave threads of myth and fairy tale into commentaries of society, explorations of self, nature and humanity.
Sometimes surreal and sinister, others playful and light, A Book For Pandora is a collection with an array of flavours that will delight any reader.

Hello everyone. Once again I’ve recorded a video, and this time it’s about four poetry collections that I’ve recently discovered.

You can watch it here:

I don’t usually write about books I’ve bought at any given time, mainly because I don’t tend to buy a lot at once. But this month I did, plus I was gifted a few too. Some I’ve started reading, some I haven’t, but they all grabbed my attention for one reason or another. So, here’s the first part of my haul for this month, focusing on poetry collections. I’ve included their blurbs too, so you have an idea of what each collection is about:

Bear by Chrissy Williams – The lively ‘bears’ in this playful and poignant collection will surprise you on every page. They are poems of love and death, life, loss and grief. The ephemera of popular culture is used to confront mortality, and you’ll be transported from the British Library to the Alps to the International Space Station, along with a vibrant cast of Vikings, videogames and Angela Lansbury. From the ludicrous to the domestic, these profound, wry and very real bears affirm that hope may be found even in our darkest moments.

The World’s Wife by Carol Ann Duffy – That saying? Behind every famous man . . . ? From Mrs Midas to Queen Kong, from Elvis’s twin sister to Pygmalion’s bride, they’re all here, in Carol Ann Duffy’s inspired and inspirational collection, The World’s Wife. Witty and thought-provoking, this is a tongue-in-cheek, no-holds-barred look at the real movers and shakers across history, myth and legend. If you have ever wondered, for example, how exactly Darwin came up with his theory of evolution, or what, precisely, Frau Freud thought about her husband – then this is the book for you, as the wives of the great, the good, the not so good, and the legendary are given a voice in Carol Ann Duffy’s sparkling and inventive collection

Take This  One To Bed by Anthony Dunn (hardback signed edition): The poems in Antony Dunn’s fourth collection explore the passions and tensions of how we live together – as neighbours, as families, as lovers, and as companions to our own various selves. Here are stories of experience and imagination – of a man’s clothes taking on a life of their own, of a city overcome by an epidemic of weeping, of two goldfish left in an emptying house: touching and enchanting tales that combine bittersweet comedy with an unflinching account of human nature. At the heart of this deeply affecting collection are poems that dwell on the domestic crises that define our lives, that tell ‘how our hurts come down … hard and without warning’, and ask how we might live with them.

The Air Mines of Mistila by Phillip Gross & Sylvia Kantaris (1988) – High above the plain, beyond the village of Hum, up where the mountainside melts into cloud, lies an unmapped plateau. Here people appear out of thin air. And disappear. Or so they say. Mistila…

Life on Mars by Tracy K. Smith – In this brilliant collection of new poems, Tracy K. Smith envisions a sci-fi future sucked clean of any real dangers, contemplates the dark matter that keeps people both close and distant and revisits kitschy concepts like ‘love’ and ‘illness’, now relegated to the museum of obsolescence. With allusions to David Bowie and interplanetary travel, Life on Mars imagines a soundtrack for the universe, accompanying the discoveries, failures and oddities of human existence and establishing Smith as one of the best poets of her generation.

The Ghost Orchid by Michael Longley – Following on from the remarkable riches of Gorse Fire, the poems brought together under the title The Ghost Orchid share some of the same concerns, but take many different approaches. Whether in the west of Ireland, Sissinghurst or the stone gardens of Japan; whether confronting the blood of the Iliad or the Odyssey or undergoing Ovidian metamorphoses; whether testing poetic form or renewing Ulster Scots dialect; whether in Buchenwald or Belfast, Longley speaks with pared delicacy, passion and huge vulnerability about love, life and death. A lyric craftsman of genius, Michael Longley has written a book that is fragile and exquisite – like the evanescent ghost orchid itself – yet full of tragic intensity; it is his finest achievement.

The Hungry Ghost Festival by Jen Campbell (pamphlet) – The Hungry Ghost Festival [a traditional Chinese festival]. On the 15th night of the seventh lunar month, the boundaries between the living and the dead break down, and the dead visit the earth looking for food and entertainment. Jen Campbell’s festival celebrates the presence of the past, in this case childhood and adolescence in the North East, as it floats through the present adult consciousness.

Staying Alive edited by Neil Astley (anthology) – ‘Staying Alive’ is an international anthology of 500 life-affirming poems fired by belief in the human and the spiritual at a time when much in the world feels unreal, inhuman and hollow. These are poems of great personal force connecting our aspirations with our humanity, helping us stay alive to the world and stay true to ourselves.

So that’s all the poetry books I’ve gathered this month. A few were recommended by Booktubers, but most were finds in local bookshops. I might review a few once I’ve read them, there are one or two I already want to talk about in more detail.

One of my flash fiction pieces is being published in an anthology, which is currently available for pre-order here. If anyone’s interested, there’s 10% off when using the order code: 100V3-97.